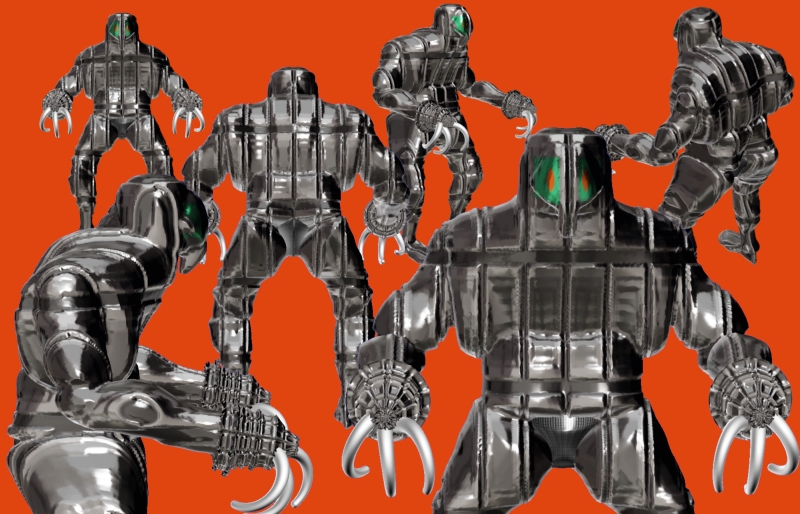 direct from curvy beta 2.12
i used curvy like a sprite generator (blue screening)

built from some fairly random lathes, quick merged
then worked on it in model-mirror mode with widgit expand tool.
curvy mapped with a pattern.
used a light-metal base light
i didn't smooth the model, preferring slightly rough edges
i kept the claws separate to keep them at high resolution.

with this figure i thought curvy produced a better image than a renderer
(the high resolution image version is cool)
by Simon
I like the 45 degree angle one the best (middle, top row), shows off the model outline well.

I've just been sketching a bunch of enemy sprites for my Flash demo, this brute looks rather similar to my 'tank' unit

I was going to use a pure profile view for the enemies - but looking at this makes me want to use a few angles of rotation to fake a walk cycle instead.

saves a lot of work

edit:
here's a little animation with some particles
http://homepages.tesco.net/sculptor/afig3.avi
All times are UTC
Page 1 of 1